Wiping the sleepy eyes and looking at the rising sun through the window, Kashmi realized she was already late. It was getting tougher for her to stop worrying about her little baby at home and resist the urge to leave. But then, she knew she hasn't yest finished at work and might have to stay back until she's completed.

It's just one month since Kashmi gave birth to a baby girl. As a single mother with no one to look after, she had no other choice but to get back to work at the earliest. Following delivery, the day she felt she could move around without much difficulty, Kashmi got back to her routine. Had she chosen not to, she would starve and so would her newborn.

Every evening, as she left for job, she would leave the child with the old lady with whom she shared a small hut. The old lady, who once lived the life of Kashmi, would look after the kid until the mother took over and then leave to scavenge the near by town. In return, Kashmi was happy to share a part of whatever little food she could manage with the old lady. 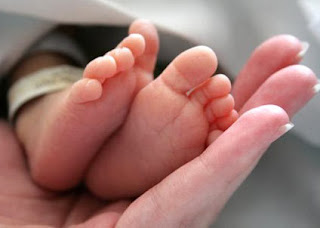 In most cases, Kashmi is back home soon after the conical speakers of the nearby temple blurted out the ritual Suprabhatham. On reaching home, the first thing she would do was to put her sweet little baby girl to her breast.

The sense of motherhood she felt as the baby suckled on those breasts, drowned her in a sense of well being and made her feel at the top of the world. This would help her forget all the hardships she faced in earning just enough to eat as much as she needed to nurse her baby.

Wanting to remain bonded for all the goodness of the world for ever and ever, she would change the baby from one breast to another and continue feeding until the baby is contented and slipped the supple nipple out of it's mouth. That's when she would surface back to the real world and have a peek at herself in the broken piece of mirror, which hung from the termite eaten wood that was once a door.

In the mirror, Kashmi would see an emaciated lady in her late twenties, comforting a baby girl, who is now sleeping peacefully in her lap.  Few inches from the baby, would be her skinny chest that appeared taunt by prominent ribs that held her motherhood in place. Her skin would have signs of trauma in various phases of healing, which she probably succumbed while at work. The next few minutes, she would recollect on the poverty that struck and the hard work she did, staring at it's evidence in the mirror.

The image would convey a lot of things to her. Sometimes, it would speak aloud of the dreams that she once weaved so fine and the way it shattered one dreadful day. But the satisfaction of being able to feed her child despite all that, would be the emotion that dominated her face. Perhaps today, that's what mattered more to Kashmi than everything else that she saw in the mirror.

It was that sense of fullness which she wants to feel again. And that's what is making her restless and wanting to get back to her child soon. But today, work seems to engage her over time. Though she gets payed for the extra hours she spends, it looked really tough to carry on with the thoughts of her child that kept returning back to her.

She knew she was tired and her body was sore from all the hard work she did until then. A part of her told her she should stop and leave, but she didn't want to miss the over time pay. May be that could help her afford a set of new baby cloths. Or may be she could even afford a mosquito net to protect her dear one. After all it's just a couple of hours more.

Before she could resolve the conflicts in her mind, her client stepped into the room. He was tall man with tough looks and dirty mustaches that dipped into his mouth as his lips parted to talk. "Well, I hope you are ready". Even before she perceived what has been just said, he pushed her into the couch and pounced on her.

Under him, she slowly drifted to the world that fed on her raw flesh that helped her to feed her child in turn.